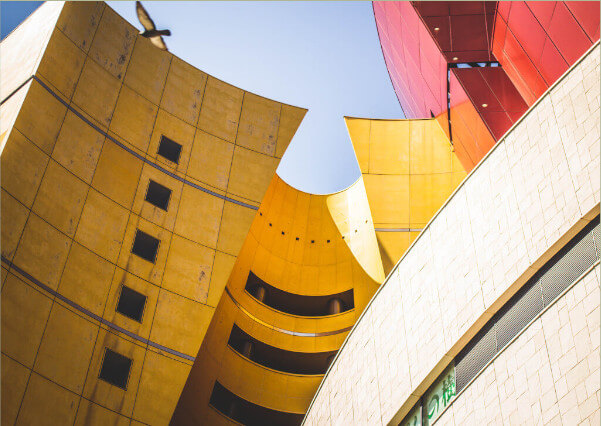 Both ends of the building cantilevers out by 34metres and 22metres respectively. The project is located in the world heritage site, Dashiwei Tiankeng Sinkhole which iswahsed by the powerful underground rivers for thousands of years and then formed a 613-metre-deep sinkhole with vertical walls on all sides. The top of the sinkhole is extremely narrow which can only accommodate a small passageway.

BigGoose is proposed to span over the passageway and cantilever out to each side of the mountain ridge. Similar to the tumbler toys, it is proposed to lower the structure centre of gravity and utilize the minimum area (10metres by 30metres), in which way, the self-balance of the structure is therefore achieved.

An existing crack, which is circa 10cm wide and 400m long, exists at the top of the ridge indicating the site is not stable.

Apart from grouting the existing crack, it is also proposed to have the key struts at each ends of the building inclining towards the ridge, the horizontal component forces from which then provided the embracing forces to the ridge and hence improved the stability of the site.

To avoid bearing vertical force destroyed the mountian, the rock under the shadow of the building which has the same weight as the structural self-weight has been removed.

Having the front balustrades as part of the truss structure enables the front cantilever to be as thin and light as possible.

By increasing the key strut lengths, the pre-cambering of the front cantilever structure is then achieved, which can compensate the deflections under the dead loads and some of the live loads.

This also protects the glazings from large deformations..

Did you miss our previous article…
https://thrivingvancouver.com/?p=769