Heatherwick Studio’s Lisa Finlay on the Future of Architecture

Architizer, the world’s largest online platform for architecture, announces the official opening of the 10th Annual Architizer A+Awards, celebrating a decade of inspirational design. The 10th edition provides a unique opportunity to look back at the extraordinary legacy of the A+Awards, revisiting some of the most important architecture from the past ten years, and highlighting the challenges facing architecture in the years to come.

This year, we’re making the A+Awards more accessible for small architecture firms! If your firm has 10 staff or less, enter APLUSSMALL at check out to get $50 off. Valid through October 29, 2021 for up to 3 entries.

“We are thrilled to have been recipients of A+Awards in the past! It has meant so much to be recognized by global experts from design, architecture, fashion, publishing and beyond and to have our projects understood by such a broad community,” says Lisa Finlay, a Partner and Group Leader at Heatherwick Studio. “Awards play a really important role as they provide formal recognition in what is a very crowded field.”

Were there an A+Award Hall of Fame, Heatherwick Studio would be well-suited to earn a place in Architizer’s vitrines, having won eight merits since the program began (including Project of the Year for their Coal Drops Yard in 2019). As they’ve matured over the past decade, the London-based firm has done so by recognizing and anticipating changes yet to come. 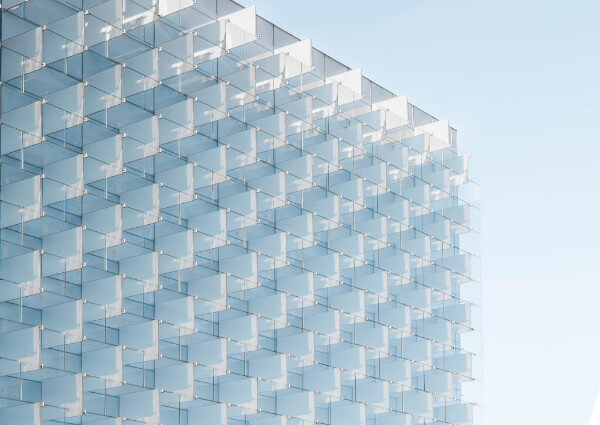 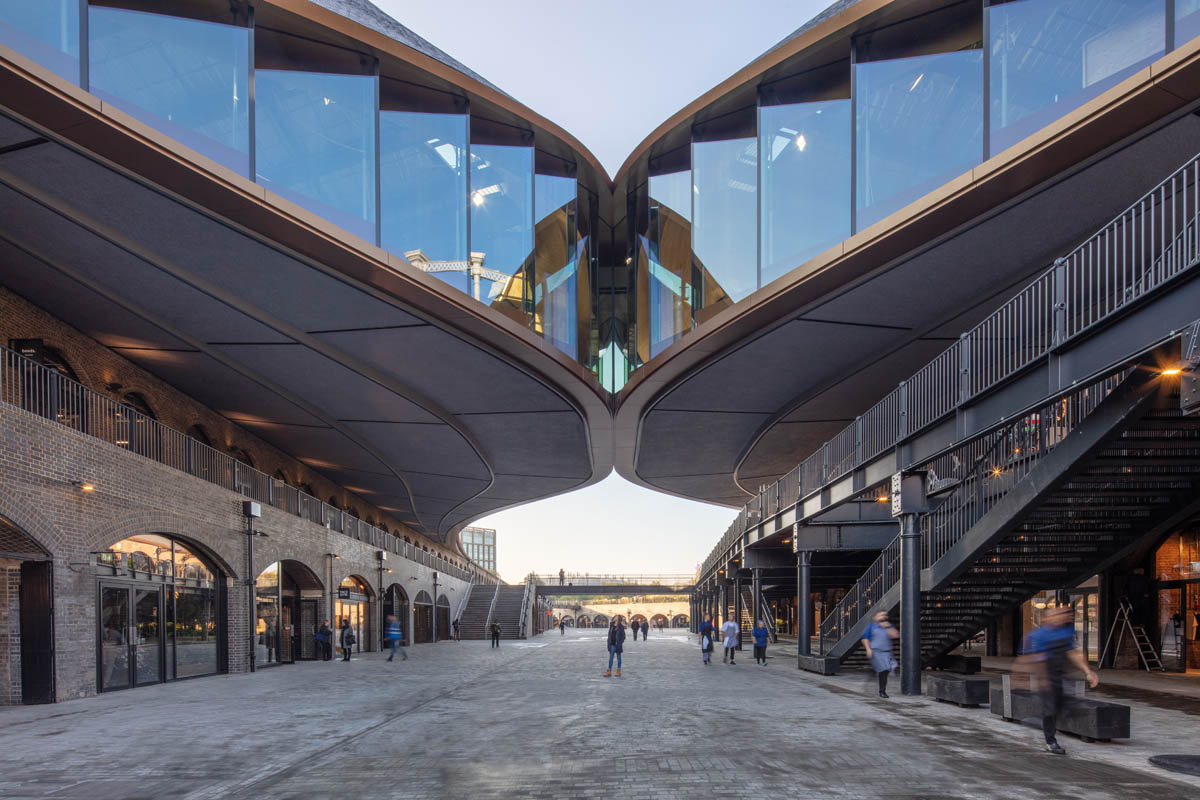 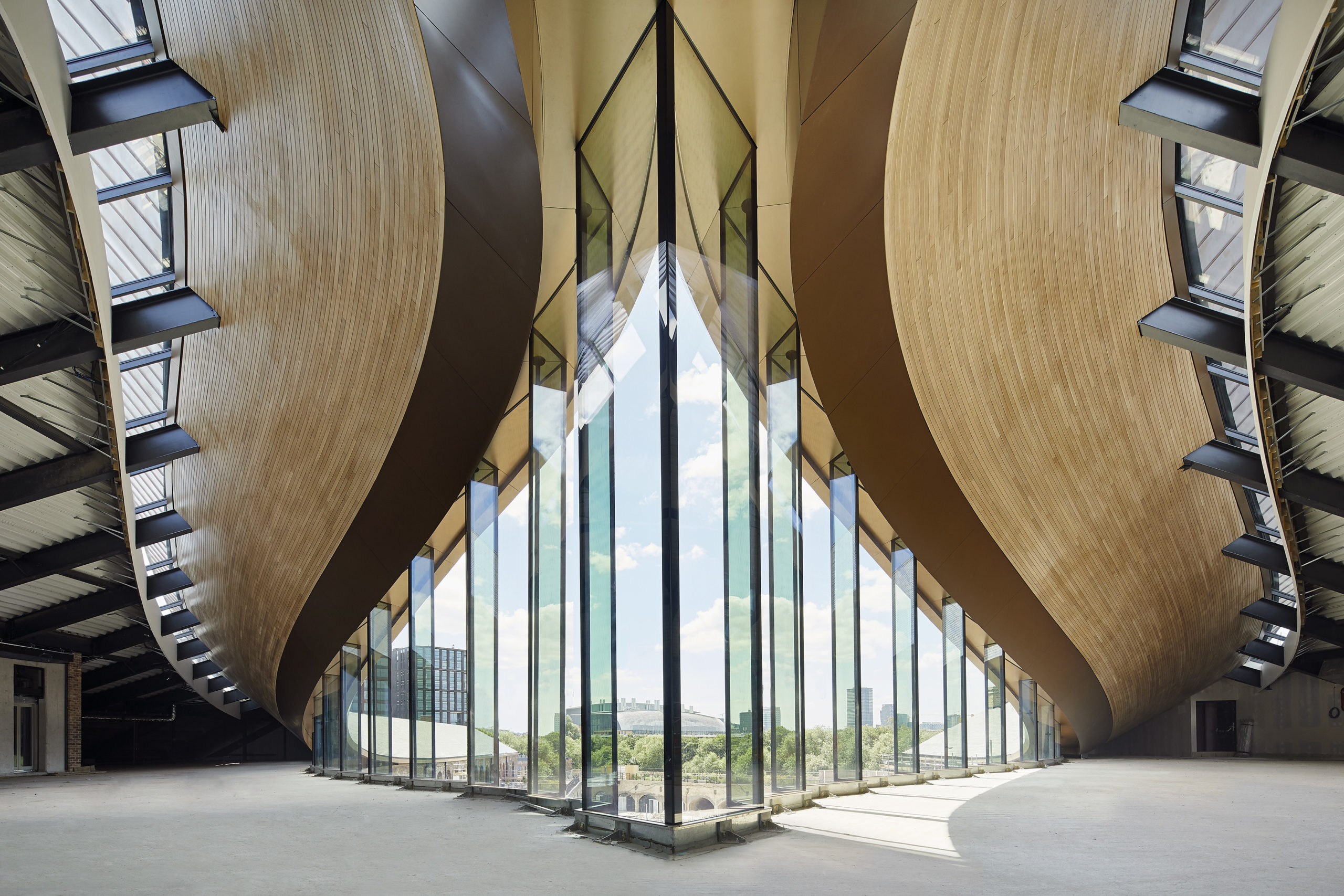 Such changes “include a much deeper integration of nature within architecture through biophilic and environmental design; a shift toward adaptive re-use over demolition; a far greater need to engage with the communities within which new architecture is being introduced; and the drive toward a far more diverse and inclusive industry,” says Finlay. “These are all issues we as a studio feel very passionate about, and the changes have required all our teams to explore, learn and understand these issues in a much deeper way.”

Founded by Thomas Heatherwick in 1994, the eponymous studio has spent several decades growing and establishing itself on the global stage. Now an integrated team of over 200 designers, the office selectively chooses projects that make a positive social impact, opting for problem-solving and place-making practice over a signature style. Though the relationship between innovation and global recognition is hardly straightforward, the relationship between the firm’s forward-thinking design approach and their massive success is also not coincidental. 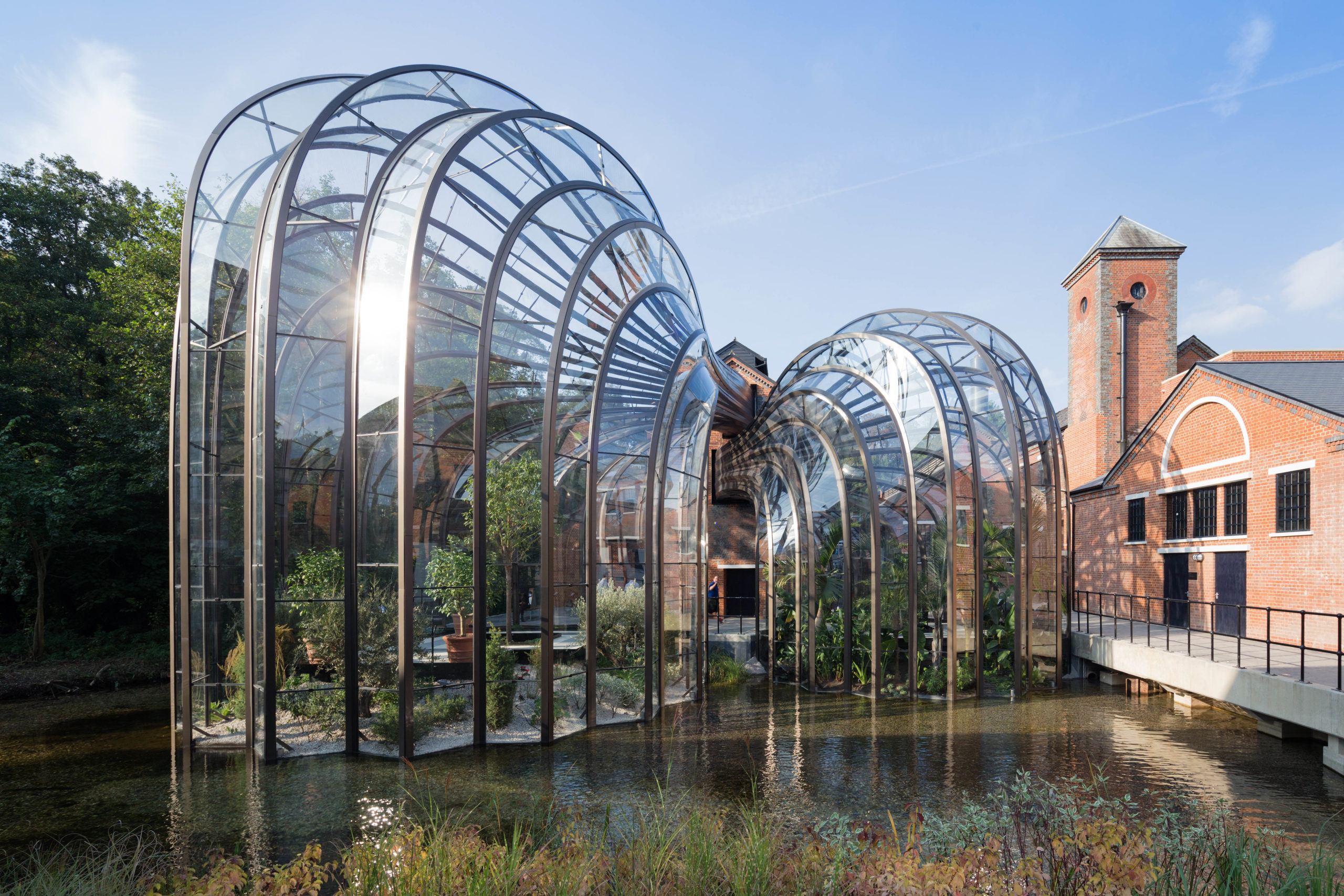 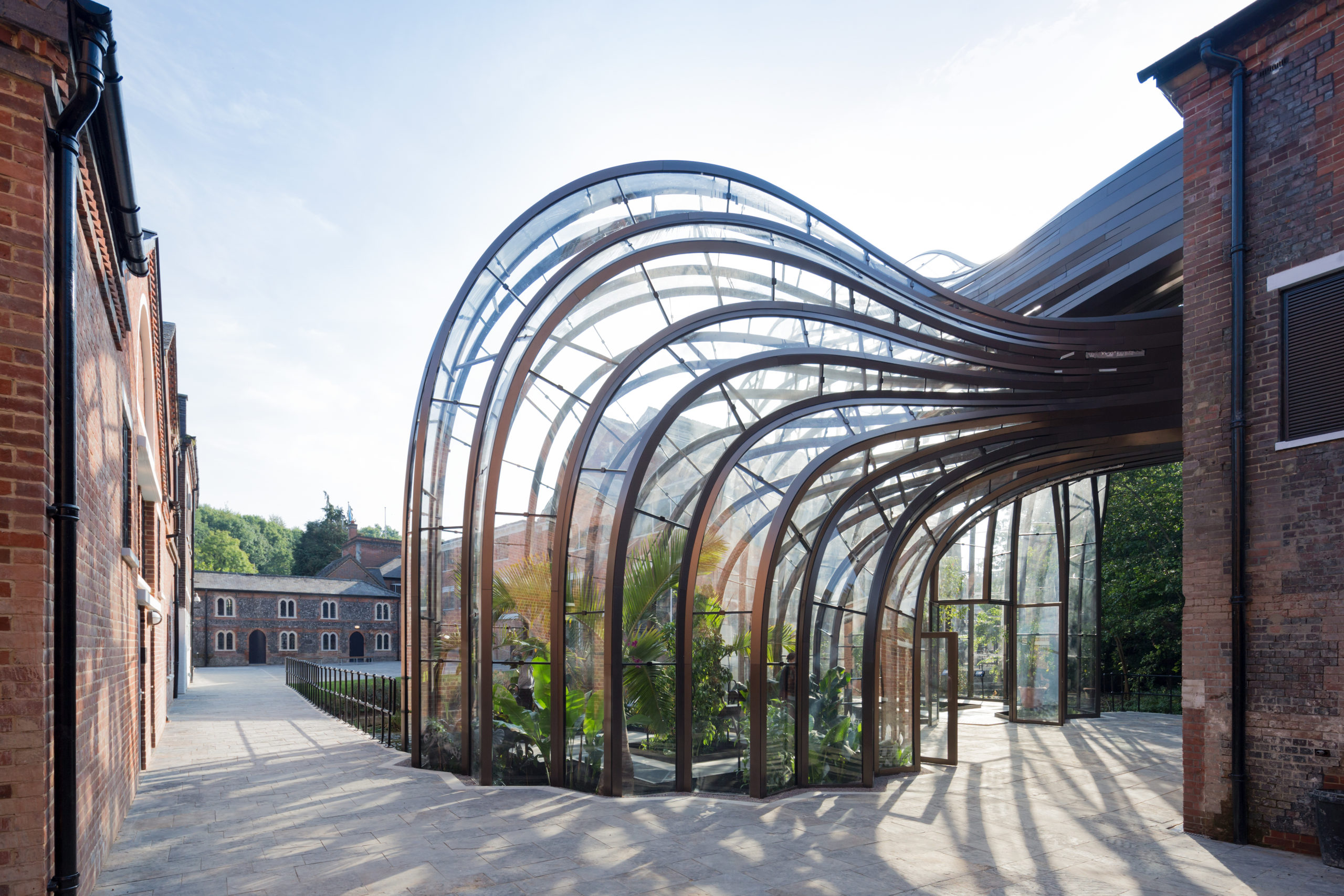 “Awards programs like this one provide really valuable moments for the design community to come together – whether online over the last year, or often in person pre-Covid,” reflects Finlay. “They allow designers to gather inspiration in a concise and easily accessible way, and it’s a great way for up-and-coming practices to get recognized. Awards programs are also important in furthering the conversation on major national issues; the RIBA Awards now ask for environmental performance data which really pushes the sustainability agenda.”

As their accolades in successive A+Awards programs demonstrate, Heatherwick has not only responded to, but has also led the charge, for many such changes. Their forward-thinking design approach was already evident back in 2015, when the firm scooped their first A+Award for the brilliant intervention at a former water-powered paper mill.

The project saw the regeneration of more than forty derelict industrial buildings of historical significance into a botanical gin distillery. This large-scale adaptive reuse was one part of the studio’s masterplan, which took an environmental approach by recovering the long-forgotten and invisible River Test, placing the broadened banks and reflective water front and center in their design. 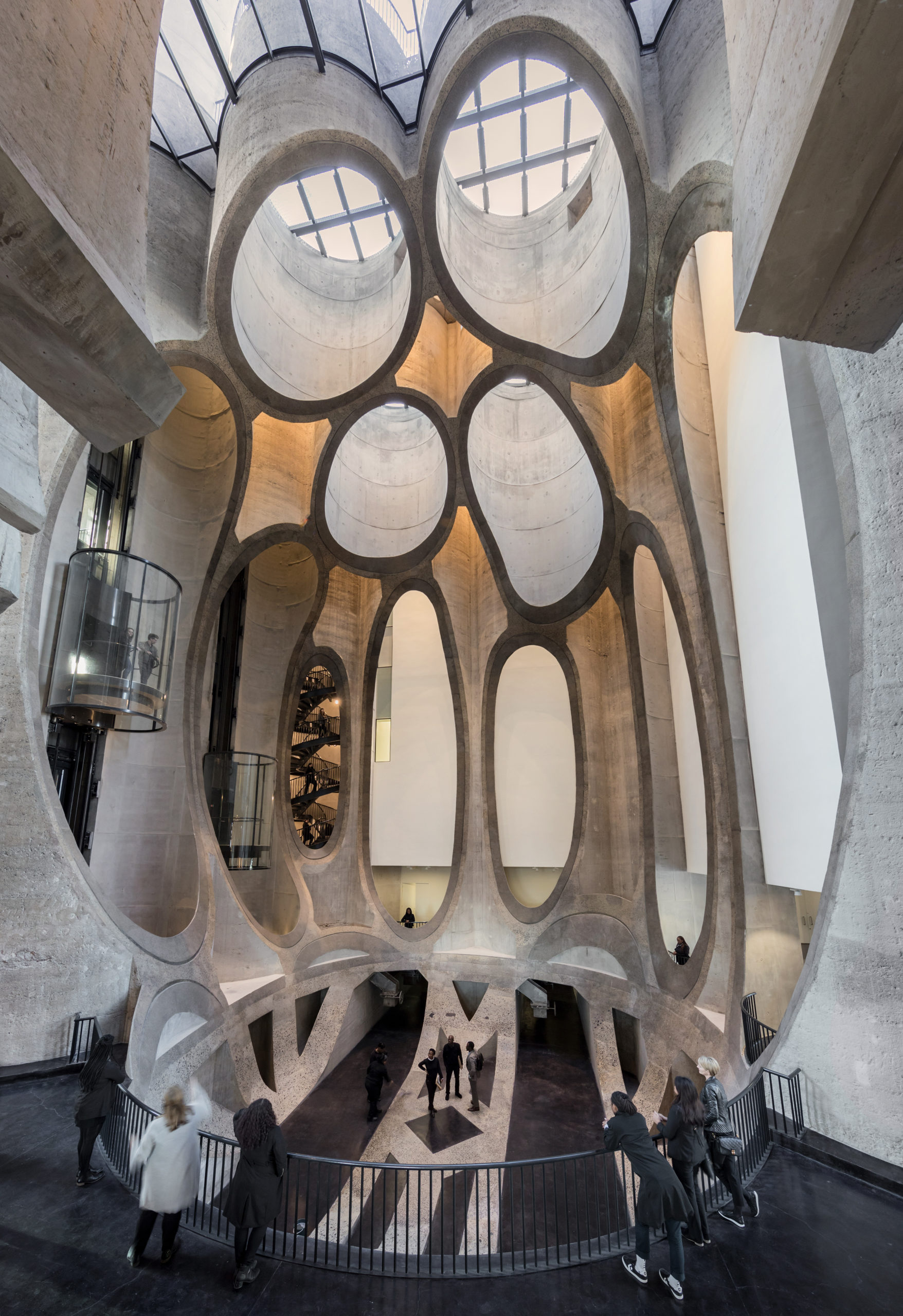 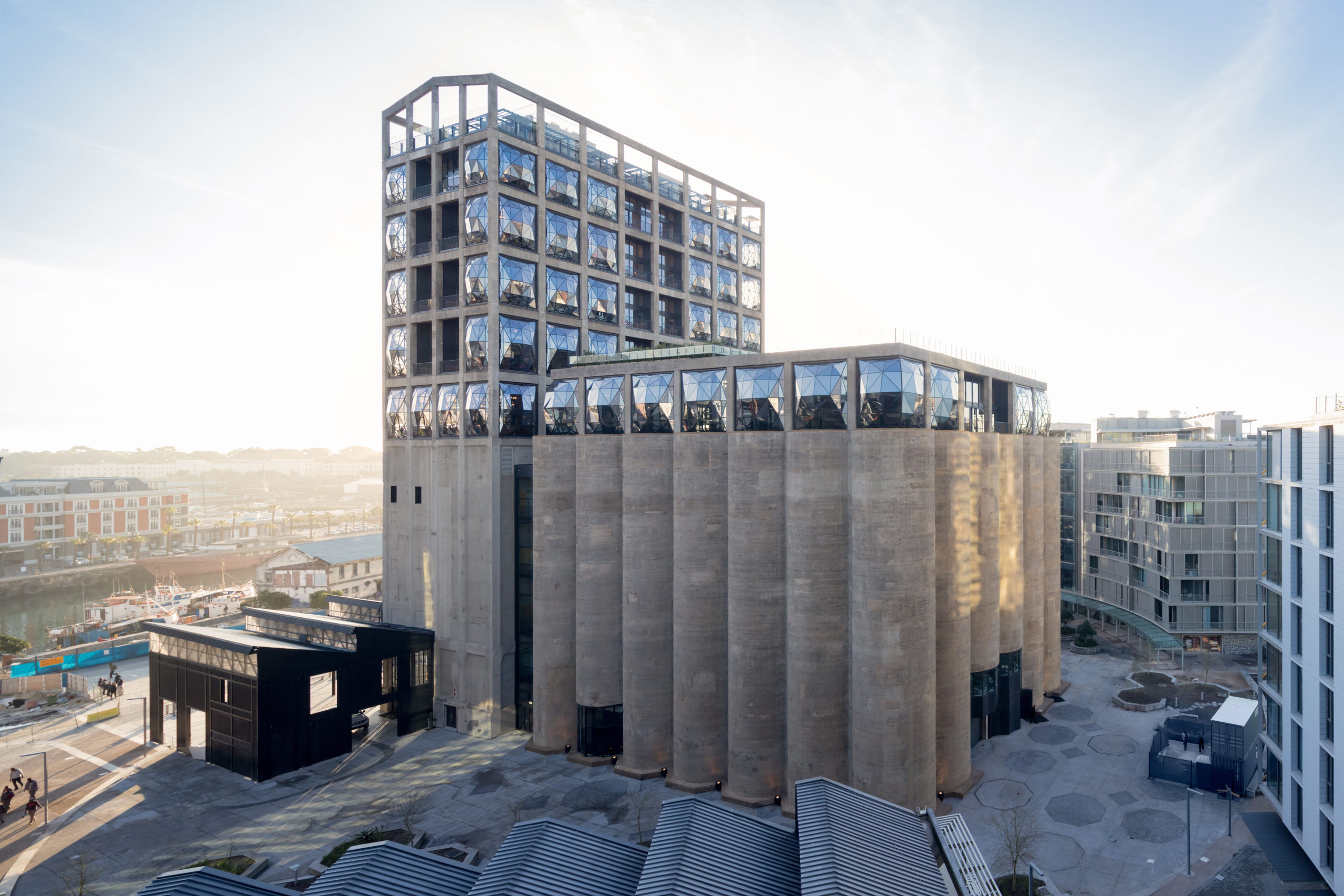 Meanwhile, Heatherwick’s innovative approach to adaptive reuse was later exemplified in their monumental transformation of a decommissioned grain silo on Cape Town’s waterfront into a the cutting-edge home of a collection of contemporary African art. The building, which had been a site where corn from across South Africa had been stored and graded since the 1920s, was somewhat peculiar in its massing. Though it appeared as a singular structure, in reality the design encompassed a a grading tower with forty-two tall, cellular silo appendages. Converting the tightly packed concrete tubes into spaces suitable for displaying art was no easy task, but the lofty vision was realized with resounding success.

Though it is often difficult to have a clear enough perspective to appraise change from within, the AEC industry has already transformed considerably in the past decade. Case in point, over the past 10 years, large-scale and high profile adaptive reuse projects have become a norm, rather than an exception. As Architizer looks back on a decade of inspirational design, we are also already looking ahead to the coming ten years, and asking firms where they hope to see the industry down the line. Lisa identifies three central shifts that she hopes to see unfold:

“I would hope to see not only the imaginative reuse of existing buildings really come to the fore, but also the process of urban mining. Both these aspects create less predictable outcomes, which will help create a more interesting built environment that may engage with people in a more meaningful way.

“Secondly, I would hope to see the same kind of positivity, growth and innovation around timber construction seen in Europe, embraced here in the UK. We’re not there yet, but I still remain hopeful that common sense will prevail.

“Finally, I would hope to see far greater diversity within the industry, and this cannot come quick enough. The more we respect and understand different perspectives, and the more we actively push to create opportunities for greater diversity at every level, the more the built environment will change for the better.” 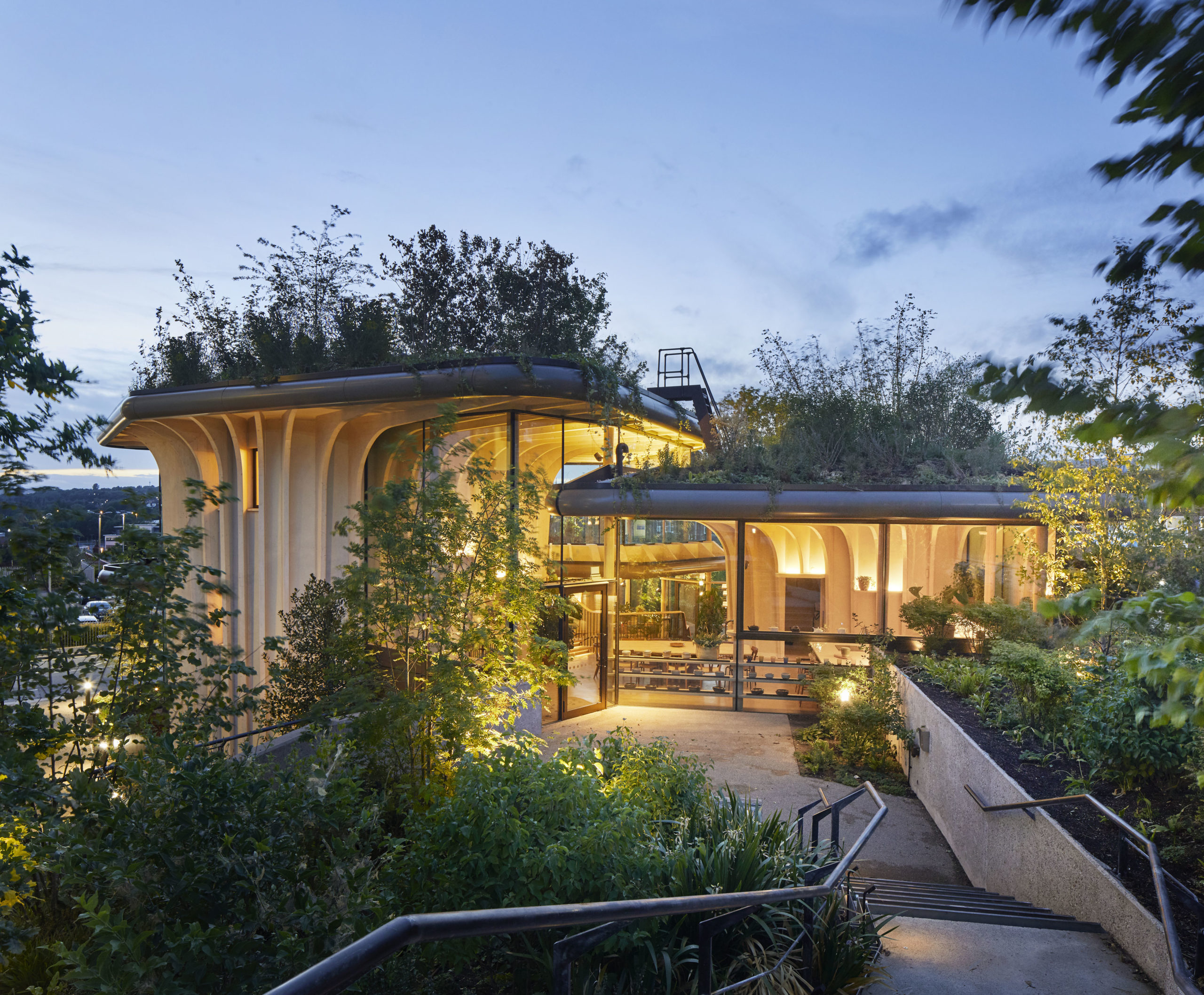 In a number of ways, Heatherwick Studio’s built work offers architects a signpost for their vision for design moving forward. Their forward-looking design at Maggie’s Leeds exemplifies what the future could look like, one where “more places and spaces really engaging better with people’s emotions, embracing a more human centered approach with sustainability and inclusion as the driving forces.”

The remarkable design centers on a three-tiered green roof, which is accessible from every room in the building. The rooftop garden (designed by award-winning landscape designers Balston Aguis) not only preserves the little green space that remains on the hospital’s site, but also invites visitors to the cancer-support center to participate in caring for the tens of thousands of plants that grow there. Meanwhile, the green space is supported by a sustainably-forested spruce interior and glulam-fin detailing that rises like trunk from the ground, creating a warm, light-soaked interior that offers the comfortable feeling of home.

Our team at Architizer couldn’t be more excited to see how Heatherwick Studio and other pioneering firms envisage the future of architecture! We invite firms from around the world to take part in a larger conversation about what comes next for the built environment by submitting their latest projects to the 10th anniversary edition of the A+Awards program.

This year, we’re making the A+Awards more accessible for small architecture firms! If your firm has 10 staff or less, enter APLUSSMALL at check out to get $50 off. Valid through October 29, 2021 for up to 3 entries.

The post Heatherwick Studio’s Lisa Finlay on the Future of Architecture appeared first on Journal.